Languages of the future in business and the translation industry 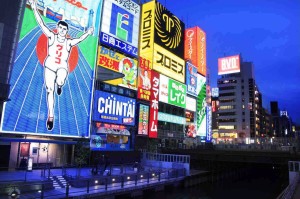 For years, the English language was sufficient enough to get you around in the world of business. Today however, it is estimated that half of the world’s population is bilingual pushing language trends in business in a new direction. These trends are very much determined by shifts in society, because a language which is in demand today, may not be in demand tomorrow. And with the growth of the internet, these trends are unquestionably going to evolve. In fact, thanks to the World Wide Web, more and more people are interacting, irrespective of location. And because of this proximity, businesses are jumping at the chance of potentially attracting new consumers in all avenues of the world and through different languages.

As the business landscapes changes and further develops so are language trends in business. Over the last 100 years or so English has remained the primary language of business, however with the rise of bilingualism and the use of other languages such as Spanish or French outside of their native countries some are questioning whether English will continue to hold its spot as the lingua franca of business. And what’s more, enhanced communications are giving businesses access to new pools of consumers that speak a variety of languages so it’s of no surprise that business are fulfilling these language trends.

So which languages are businesses after?

Working at  Translation Services 24 for several years now, I’ve learnt that it’s not just one particular language that businesses require, but a number of languages. As the world develops both economically and politically, key languages such as English, Mandarin and Arabic are regularly being used to communicate globally. For a company such as ours which operates in the languages sector and the translation industry a large percentage of our work is reflected by the languages needed by such businesses. And while there is no doubt that the demand in some languages change over time, many key languages have been in demand for a number of years and will certainly continue to remain in demand.

According to CBI, the UK’s business lobbying organisation, companies, now more than ever are seeking language skills when looking for employees for their organisations.  In the UK for instance, other European languages such as French and German are highly advantageous as such countries are within close proximity which is great for the business market making it much more efficient. But it’s not just European languages that are in demand in the UK, languages such as Arabic and Mandarin are also highly requested.

While language trends remain similar in most part of the world, several regions still have specified languages which are useful according to localised requests. So what are the most utilised languages in business according to the CBI?

Mandarin as a language of the future in business

Mandarin is a growing global language so it isn’t surprising that it has been selected as a language that employers deem a valuable attribute to have on a CV. This growing language has also been recently voted the most useful language for business aside from English by Bloomberg. This is because Mandarin is the most widely spoken language with its 1.3 billion speakers, that’s 16% of the world’s total population. The Chinese economy is also the second largest and is predicted to outgrow the US economy by 2030 and as well as all of the Eurozone countries.

Enthusiasm to learn and study Mandarin is also increasing across all regions of the globe. Countries such as Colombia and India have established institutes specialising in the study of Mandarin. But these aren’t the only countries that are offering these types of institutes, instead many countries across the globe are doing so, such as Australia and the US. In the UK, the number of students taking their GCSE’s (General Certificate of Secondary Education) in Mandarin is also increasing proving that this growing language is a language of the future in business.

Language trends in the translation industry