Often, when thinking about the work of a translator or an interpreter, people imagine a warm, cosy home-office with a hot cup of tea on the desk or a business meeting in a air-conditioned conference room. Let’s be honest, most of the time, that’s exactly how our jobs look like. As linguists, we are able to work with agencies, large organisations or businesses, providing them with expert services, and the best part of it is, that most of the time, we can do that from wherever we choose to.

There are however circumstances, when providing a professional language service can sadly lead to dangerous conditions and unforeseen situations. The knowledge of languages opens several doors and career possibilities, nonetheless choosing to provide a language service in conflict-zones and high-risk environments is a truly extraordinary choice for any linguist.

There isn’t perhaps a better example of how dangerous providing translations and interpreting can really be, than the recent conflict escalation in Afghanistan. Recently, we were able to learn from the media outlets around the world about a number of professional translators & linguists, both locally based and foreign, who have sadly found themselves in a middle of a life-threatening conflict.

In a war or conflict circumstances, linguists are a truly vital intelligence asset, nonetheless, we often stay in the shadow and go overlooked. In today’s globalised world, translators and interpreters are nothing short of essential when it comes to helping businesses, governments and organisations in tackling complex international issues and relations. 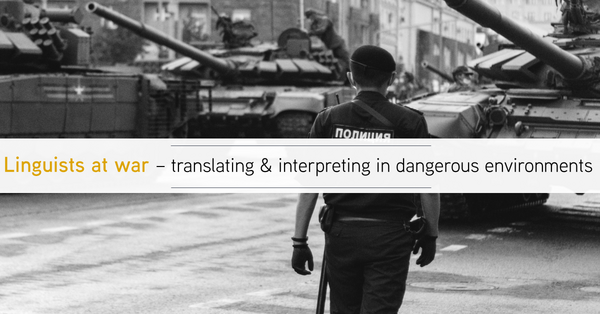 The role of a linguist in a conflict-zone

Professional translation services have become an inseparable part of the international business over the last couple of decades. From a corporate point of view, approaching markets directly in their native language, is nothing short of essential in today’s globalised world, where consumers truly understand their worth within the market space.

These language services, whether translations, interpreting or any other language related work, become even more fundamental, when applied within a conflict zone.

The importance of professional language services is widely recognised by officials. A U.S army general have officially commented, that “having an interpreter by your side can be often more useful than having a gun.”

Statements such as this can genuinely reflect just how essential accurate interpreting and translating can be and how much of a difference it can make during times of war or unrest. Often, providing an expert language service isn’t solely about the linguistic accuracy itself, but can also be a matter of interpreting the culture. Being able to fully understand the two together plays a significant part in ensuring that civilians, soldiers, medics and other personnel remain safe.

In a conflict-zone, a professional translator or interpreter might be responsible for a number of things. From simply converting documents, dispatches or timetables and schedules to ensuring that the communication between the army and other foreign personnel with the local authorities, such as for example police, is accurate and effective. Other responsibilities of a ‘war-linguist’ may include, for example, liaising with journalists or communicating with hospitals when required. Cases of interpreters helping in avoiding dangerous paths or landmines are also common. 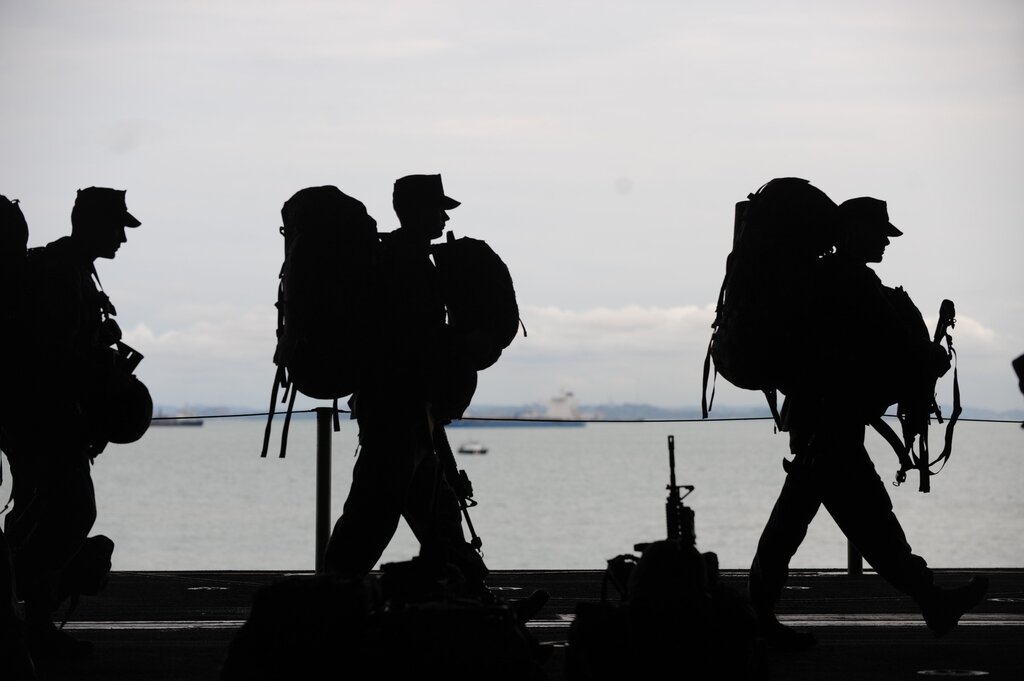 We know, that officially translating and interpreting can be a difficult and challenging task even within a ‘normal’ environment, let alone in a war or conflict-zone. Dealing with an enormous amount of stress is perhaps the key challenge a linguist must be able to overcome, when working in a hostile environment. In a war, the levels of stress and strain on one’s mind are not only influenced by deadlines or linguistic challenges, something most linguists are actually used to in one way or another, but predominantly by the dangers posed by the work environment.

Nonetheless, although as translators/interpreters we often work to tight deadlines and with challenging content, providing language services in a conflict-zone takes stress related to these aspects to a completely different level. Knowing, that being able to accurately translate a document or a conversation as quickly and efficiently as possible can often make the difference between solving a conflict and escalating it, can be an extremely nerve-racking situation, and something a ‘war-linguist’ must be able to deal with daily.

Words can be powerful. Extremely powerful. As a result, the job of a professional linguist bears a tone of moral responsibilities. Being able to stay ethical and truthful in situations, where emotions and feelings are often running high can be an extremely challenging task, even for an experienced professional.

One of the most infamous cases of the misuse of power by a linguist was broadcasted in 1993. Charles Neuforge, a journalist from Luxembourg worked with an interpreter in order to interview civilians during the ‘Bosnian war’ for a news segment. During the interview, a refugee leaving Bosnia was asked several questions, her answers were nonetheless purposely distorted by the linguist.

“We’ve had a hard time finding food, and the water has been cut off. In this icy winter, things are getting worse by the day.”

“We couldn’t do anything else; we didn’t have any choice.”

“The Serbs chased us out, destroying everything.”

In this case, the interpreter allowed their own, personal bias and emotions yo take over and as a result, they have intentionally twisted the interviewee’s answers, which led to misinformation. Regardless of one’s own prejudice, a professional linguist must at all times remain just that, professional, and ensure that they are able to accurately represent the content, whether written or spoken, even in conflict-zones, or perhaps, especially in conflict-zones.