Are languages a vital part of localisation?

Localisation – the importance of languages

In the recent years translation services have become an integral part of trade and business in a number of different sectors; from marketing to medicine, technology and law. Today, professional linguists are often considered vital within the planning and execution of international campaigns as they are able to not only accurately translate materials, but can also help to understand the target audience and localise content to suit the chosen market’s customs.

In the ‘golden-era’ of advertising, even some of the world’s largest organisations considered the ‘one-fits-all’ method to be the most effective way of approaching foreign markets. This marketing concept assumed that a message, which was successful in the brand’s home market, will also automatically become effective abroad, regardless of the chosen market and the consumer habits within it.

Today, in the age of globalisation and technology developments, this idea may seem outdated at the very least. As world became smaller, consumers now better understand their individual needs and economic prosperity and market saturation allows them to be somewhat more demanding and individualistic.

As a result, more and more international marketing campaigns are tailored specifically to suit the target market’s requirements; taking into consideration aspects and stimuli affecting its consumers and their behaviour directly. These can include a number of different aspects such as religious, historical or even political views and companies wanting to successfully approach foreign markets must be fully aware of such factors.  This process is better known as localisation.

In a such globalised world we live in today, it’s easy to come across international brands which have simultaneously conquered a number of different foreign markets. As this happens however, we can easily observe that although the general message behind a brand remains the same across different countries, each market is usually targeted with a localised version of the message, suitable for its consumers.

Carefully localising your marketing message can often make a huge difference to your campaign. Even on a smaller, national scale, focusing your message on a specific target audience can be extremely beneficial. An example from Richard Shotton shows, that by simply changing the word ‘UK’ to the consumer’s actual city can increase campaign’s effectiveness by 6%. Not bad for only a tiny change in the copy. 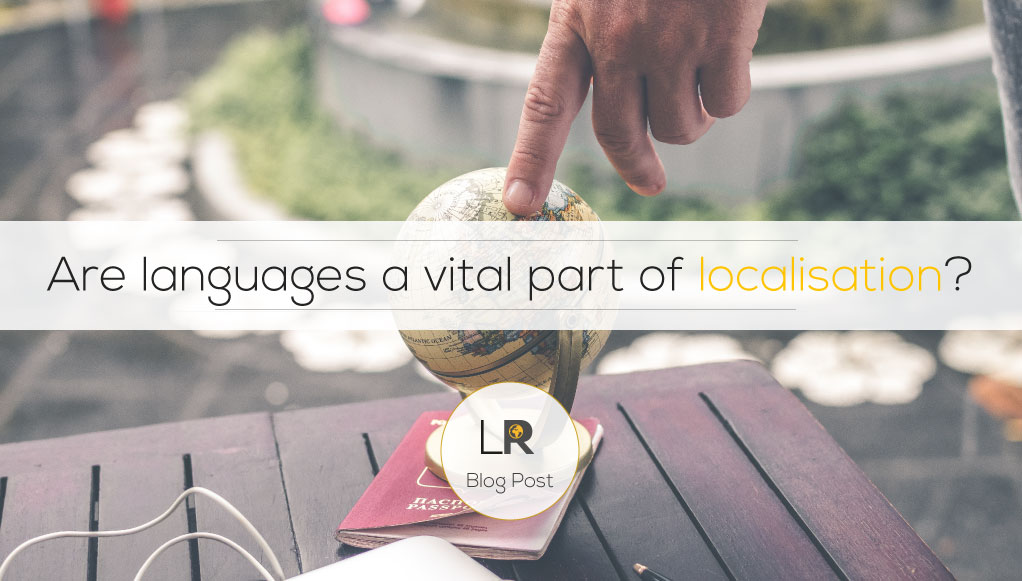 But where do professional translators fit into all this?

In the past, professional linguists were considered and stereotyped as bookworms who simply speak two languages and are able to translate client’s material word-for-word. With the ‘one-fits-all’ approach in full-swing, working with linguists was a necessary evil.

Today, although the book (or dictionary) worm stereotype still persists, the general perception of a linguist has changed dramatically within the business world. Companies from all sector and sizes understand that a localised approach to a market is key to achieve an international success, and so working with translators and language experts is today considered essential by many.

Working with professional translation agencies allows businesses to carefully localise their content, campaigns and sometimes even the product itself in order to influence their chosen market’s behaviour in their favour, and as a result, increase market share and sales.

Polyglots who work for translation agencies are typically native speakers of the target language. What this means in practice, is that they are not only fully aware of the linguistic aspects, but being a potential target customer themselves, they are able to carefully localise a marketing campaign by taking into consideration all of the factors which may directly or indirectly affect its effectiveness. These can include socio-demographic, economic, political, religious and other cultural aspects.

In many markets, such factors play an extremely important role, and getting them right can be the difference between a great success or a spectacular and costly failure.

Failing to understand these factors or purposely choosing to ignore them can be very costly not only budget wise, but also in terms of company’s reputation. Damaging your brand’s image due to negligence in regard to your consumer’s customs and cultural insensitivity can have a very severe long-term consequences, not only within the chosen market, but also world-wide.

The good and the not so good – examples

Finding examples of international marketing campaigns or expansions which didn’t quite go according to the original plan is relatively simple. In most of the cases, it’s apparent to see that linguists weren’t necessarily involved during the process, and if they were, the expensive failures could have been easily avoided.

One of the most well-known examples of a failed international marketing campaign which turned out to be costly and brand damaging belongs to the fast-food giant, KFC. Due to reasons known only by the company, when expanding to the Chinese market, the world-famous slogan ‘Finger-lickin’ good’ was translated literally as ‘We’ll eat your fingers off’. As you can imagine, this didn’t quite appeal to the Chinse consumers.

Pepsi had a very similar problem in the 1960’s when they too decided to expand to the Chinese market. ‘Come alive with the pepsi generation” slogan was incorrectly translated as ‘Pepsi brings your relatives back from the dead.’ Again, surely not the outcome Pepsi would have hoped for and one which could have been easily avoided if the phrase was translated by a native speaker who understands the Chinese customs.

On the other hand, there are plenty of examples of companies which understood just how important language and culture are when approaching foreign market.

Going back to the fast-food sector, McDonald’s offers localised versions of their meals, which are specifically tailored to their local customers.

And so, In Germany, you can pick up a McSausage Burger. In Greece, a Greek Mac. In New Zealand, a KiwiBurger. In Costa Rica, a McPinto Deluxe, with rice, beans, and plantains…you get the idea.

Although this strategy is set around the actual product itself, rather than the company’s marketing efforts, it clearly shows just how important a localised, well-thought through approach can be when it comes to targeting foreign markets and overseas customers.

An international mind-set to business becomes even more apparent when we take a closer look at some of the world’s leading technology and start-up organisations, founded already in the globalised world. Businesses such as Facebook or Twitter, which due to cultural reasons are excluded from the Chinese market, responded to this by making an increased effort to fully understand the Chinese culture. Mark Zuckerburg, whose business is all about connecting people, said “How can you connect the whole world if you leave out a billion people?”