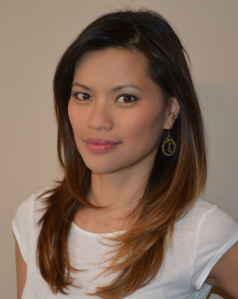 In Greece, simple conversations for a language lover like me can be, well, frustrating. Take this example.
“Mia pizza sketi, para kalo.” I order in Greek, eyeing a plain pizza slice.
“This one,” confirms the Greek man, in English, standing behind the counter. “The chicken is good too.”
“Ti sketi, protimo,” I say confirming my first choice, in Greek, again. He reaches for the plain slice.
“Poso kanei?” I ask how much it is in Greek.
“Three euros.” He answers me in English — again.
“Efharisto.” I thank him, in Greek, and sigh.

It’s not so easy being a professional translator or to practice a foreign language in a country where the locals have no problem conversing English. As the real-world example above proves, I am understood even with my American English accent so I’ve coined that experience as the one-sided conversation. It’s when I speak in Greek and the native Greek speaker replies to me in English.

What’s the problem? Well, this is a disaster for a “wanna be” polyglot, like me, who lives in a country where children begin to learn my mother tongue, English, often from the ripe age of six-years-old.
I’ve reached a few conclusions as to why I find myself participating in the one-sided conversation.

1) Greek Expectations
Greeks have told me that they don’t expect foreigners to learn Greek which is known to be one of the more difficult languages to learn. Accepting that, I can see how the population at large would want to equip itself and its next generation with the power to communicate in a language like English, French or Spanish. That’s a great thing to value. After all, language holds power.

2) Opportunity to Practice
Greeks love to speak English and practice it. Most don’t seem shy about their accents or making mistakes; two reasons that typically halt second language learners from speaking out. If only all language learners could feel like that!

3) English is Everywhere
Greeks are exposed to English early and often. I’ve met Greeks who have studied abroad. Others love English language music or books or work in offices where they use business English. As a result they feel even more confident with using their English at any time.

4) Being Polite
Greeks don’t want foreigners, like me, to feel out of place. I’ve found that when Greeks speak back in English is often a way to be polite especially if they don’t know what proficiency level I have attained. Nobody likes to be in the middle of a conversation that is “Greek” to them. So, I can appreciate that too.

More than Accents
Living abroad and learning a language, among native speakers, has offered me tremendous access to a world of people and places that I truly enjoy. So, in the end, I’ve come to accept and even expect the one-sided conversation in Greece. I’ve come to learn that language goes beyond grammar or accents. Language is also about culture. It’s about how and why we use the words we do and why we don’t. It’s insight that can only be understood by speaking out as much as possible.

Originally from New York, Marissa Tejada is author, freelance journalist and travel writer living the Mediterranean life in Greece. She’s also a travel blogger and loves discovering Europe and its diverse history, cultures and languages. Connect with her through Twitter, Facebook and all sorts of social media. Check out her website at: http://www.chasingathens.com