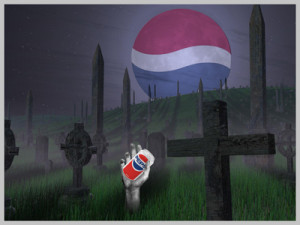 Professional language translations are key in the business world. What do you think would happen if one of the world’s largest drink companies made a huge blooper with one of their slogans? Well this is exactly what happened with Pepsi back in the 1960s. Pepsi which is under the umbrella company PepsiCo is said to be one of the first American companies to enter the Chinese market more than 30 years ago.

Its humble beginnings started in 1893 in a drugstore where it was sold. It has since then had worldwide success with approximate 15 million dollars of annual sales. With it having created such a household name for itself, especially against its rival Coca Cola at a time when testing showed people preferred Pepsi’s taste better, it is of wonder then how the company could make such a blunder. Between 1964 and 1967 Pepsi came up with their catchy catchphrase ‘Come Alive with the Pepsi Generation’. Having had penetrated different markets by that year, this was replicated across its target areas.

The people in charge of marketing did however not take into consideration the different lingual aspects of dialects when translating the slogan in Chinese. Instead of the intended ‘Come Alive with the Pepsi Generation’ motto they instead interpreted it into a cringe worthy ‘Pepsi Brings Back Your Ancestors from the Dead!’ Given the company’s slogan fail, could Michael Jackson have subliminally been promoting his Thriller album, when he decided to shoot a commercial with Pepsi in 1984 which unfortunately led to his hair-raising accident? No pun intended. PepsiCo nonetheless have neither refuted nor claimed that this actually happened as there is no solid proof which in turn could have been construed as a way of maximising on the media attention they were receiving.

Could it be they were following in the steps of their rival Coca Cola? Some reports claim that Coca Cola also had their share of translation failures when they entered the Chinese market with their catchphrase ‘ko-ka-ko-la’ which apparently means ‘ bite the wax tadpole’ among other things. This was nevertheless, also without proof. Pepsi, who are known to have a weakness of sometimes being over dependent on the American market, could have easily made this translation mistake when dealing with other target areas. But then again it this is no excuse for such an internationally recognised brand.

Whatever reason it may be i.e. lack of proper research intoa market on the company’s side, marketing ploys, or just sheer carelessness, some may say there is actually no bad publicity all publicity is good publicity, but we should not forget that brand perception is everything.