Today, translation services are an integral part of the globalising world and an extremely important part of our lives, both the personal and professional. In fact, translation mistakes can be costly, not only financially, but in some cases, also physically. This is certainly the case in critical fields such as the medical profession, law or politics.

You may have seen the amusing anecdotes on the internet about misinterpreted marketing slogans; KFC’s “finger lickin’ good” became “bite your fingers off” in Japan and to Spanish speaking audiences, the Coors slogan “Turn It Lose” read: “Suffer from diarrhoea.”

Perhaps one of the most infamous cases of a mistranslated content is German tuning house AVUS Performance’s project, in which they named Audi R6 ‘White Power’. This lead to a statement released by the company apologising for the mistake and blaming it on poor quality translators. This example shows exactly why an organisation thinking about international markets simply must invest in professional translations.

Another amusing, but costly, marketing faux pas from the automotive world occurred for the Japanese car manufacturers, Honda when they launched the Fiita in Sweden and Norway. In these two Scandinavian countries, “fitta” is a crude word for female genitalia. Honda renamed the make of the car, “Jazz”.

But not all translation mistakes can be laughed at. When translations are misinterpreted in the medical and political arenas, the results can be devastating or potentially dangerous. Small language errors can create big problems. Attempting translations on the cheap can end up being very costly.

This article focuses and examines how mistranslated communications in different languages can directly affect a business’s budget and worsen a company’s image within the market.

Mistranslations in the medical profession can be seriously harmful to patients and even small mistakes can have devastating consequences.

Patients at a hospital in Berlin found out how painful misinterpretations can be. In 2007, the surgeons were working from a translated instructional manual to replace knee joints. The original text in English stated the implants were “non-modular cemented” but this was translated into German using the word “aszementfrei” which means, ‘not requiring cement.’

As a result, 47 patients received flawed knee implants that caused a lot of pain and physical suffering. The hospital was forced to offer patients remedial surgery and compensation. Not only did the cost the medical faculty financially, but seriously damaged the reputation of the doctors and the hospital itself.

Malpractice settlements are typically very hefty fines. A hospital based in Florida has left a patient in a comatose state when a bilingual member of staff misinterpreted the word “intocicado” as “intoxicated”, instead of “poisoned”.

The patient in question, 18-year old Willie Ramirez, was suffering from an intracerebral haemorrhage conducted from a case of food poisoning. However, because the doctor’s did not have a sufficient understanding of Spanish, the patient was treated for a drug overdose.

Due to the mistreatment, Ramirez fell into a coma which rendered him a quadriplegic. The hospital was sued for malpractice, which resulted in a $71m settlement. 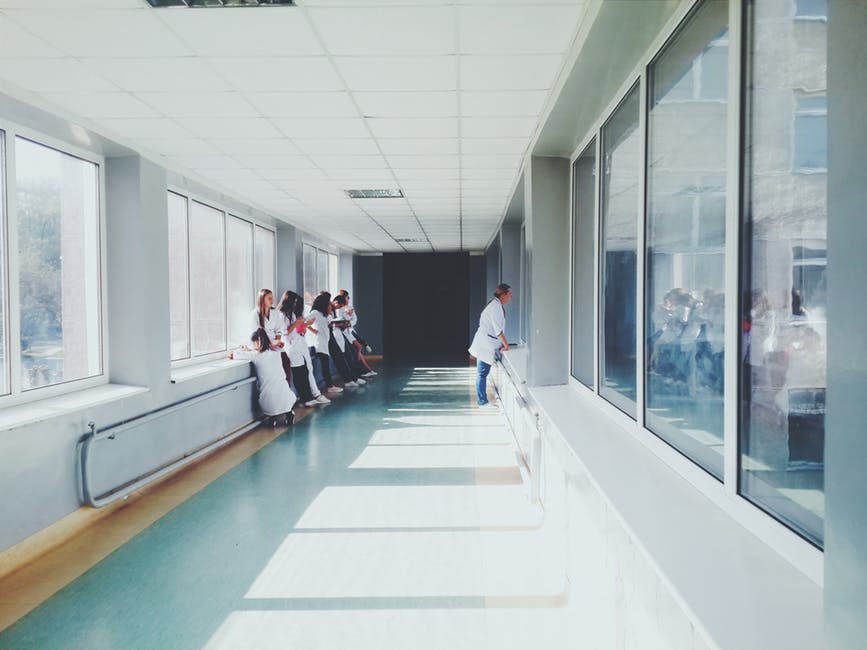 One of the most devastating incidents involving medical mistranslation is the case of a 9-year old Vietnamese girl who had been suffering from an infection. The patient was taken to a hospital in California, but because her family could not speak English very well, did not understand the instructions provided by the hospital.

The physician misdiagnosed the patient’s condition as gastroenteritis and prescribed a drug that had subsequent side effects. Because the parents were not properly informed, the girl suffered an allergic reaction to the treatment and subsequently died.

A court ruled that the failure of the medical team to provide a professional interpreter “was a substantial factor in causing the patient’s death.” A malpractice suit was settled for $200,000.

Another tragic incident that destroyed the quality of life involved Teresa Tarry, a British woman living in Spain. Mrs Tarry lost one of her breasts when she was given an unnecessary mastectomy.

A translation error led the Spanish doctor to believe Mrs Tarry had a family history of breast cancer, but this was not the case. The Brit described the incident as “a living hell” and sued the hospital for €600,000.

Political leaders can cause disruption over what they say even in their native language, but when the errors are due to a mistranslation, tensions can really flare up. This was certainly the case when a Thai TV station offended the Laos government in 2014.

Due to historical factors, relations are not tight between Thailand and Laos in the first place. But thanks to a “lazy translation” the Thai news broadcaster, Channel 7 stoked emotions between the two rival countries.

Given that the Channel 7 is partly owned by the Thai military, the mistranslations were taken even more seriously. It was considered that common Laos words had been poorly translated into Thai and subsequently undermined the Laos government and its people.

In one news story, delivery room was mistranslated as “monsoon room” and a train was rendered as a “moving row of houses”. The common tissue was described as a “sanitary pad” and the actual sanitary pad as a “fabric amulet for keeping out blood.”

The confrontation between Thailand and Laos may only have resulted in a war of words, but a Russian mistranslation during the Cold War almost had severe consequences.

Tensions between the United States and the Soviet Union were already at boiling point when an expression given in a speech by the Russian Premier, Nikita Khrushchev, was translated literally.

Khrushchev had drawn on a Russian phrase meaning we will last longer than you, but rather than translating the meaning as it was intended, “we will live to see you buried” the American interpreter used the words “we will bury you.”

To the US senate, the statement coming from Russia appeared to be a veiled threat of nuclear war and tensions between the two countries became even more strained. It’s frightening to think how a mistranslation can push political tensions to tipping point.

Thankfully, not all translations in the political arena threaten the survival of the planet. Sometimes misinterpretations are laughed off, can be laughed at, or in the case of the Chinese President Zhou Enlai, can be used to gain a political advantage.

During a 1972 trip to China, President Nixon asked the Chinese Premier what effects he thought the French Revolution had on the world. President Zhou Enlai replied “It is too early to tell” and was subsequently praised for his sage words reflecting ancient Chinese philosophy.

It is considered in China that wise men have patience and adopt a long term view. However, President Zhou Enlai thought Nixon was referring to the events of 1968 in France and not the French Revolution that ended some 173 years earlier.

According to Nixon’s interpreter at the time, Charles W Freeman, the misunderstanding “conveniently bolstered a stereotype abut Chinese statesmen being far-sighted.” Freeman decided to let the misunderstanding go because “it was what people wanted to hear and believe.”

Nonetheless, mistranslations do not always work in the favour of politicians. President John F. Kennedy famously told a crowd in Berlin that he was a “jelly doughnut” when he tried to woo them with the immortal words, “Ich bin ein Berliner.”

President Carter didn’t fare any better on a visit to Poland in 1977, but that was his own fault for hiring an interpreter who spoke Polish, but was not a professional linguist.

One would expect that in a multilingual 21st Century society and a globalised world, politicians would have learned from the language mistakes made by their predecessors. That is clearly not the case for Korea.

In 2011, Reuters reported a free-trade agreement between Korea and the United States had to be withdrawn for several months in order for mistranslations to be rectified.

Ordinarily, such delay would appear acceptable and a matter of course in politics. The matter may have even passed by unnoticed had the Koreans not made so many translation errors in a replica free-trade agreement they had presented to the EU a few months earlier. That document was littered with an astonishing number of 207 mistranslations.

The Korean minister for trade was left red-faced and had to apologise for “not paying greater and detailed attention”, but the biggest embarrassment for the government was admitting having paid $27,000 to a “translation specialist” to review the treaty.

Misunderstandings over treaties is a long-standing issue with politicians. At least the Waitangi Treaty between Britain and the Maori Tribes of New Zealand is certainly longstanding. It was signed in 1840 and the issues surrounding the meaning are still being figured out.

The British government struck a deal with Maori chiefs to protect them from marauding convicts, sailors and tradesmen in return for “a new legal system”.

Although both parties signed a Treaty, the documents had a different meaning to both parties. In the English version, the Maori tribes conceded their “rights and powers of Sovereignty” to Her Majesty the Queen of England.

The Maori translation, which was drafted by a British missionary, declares the Maori agreed to concede governance, not Sovereignty.

Chiefs of the native tribes had negotiated a deal whereby they would be granted new laws on the understanding they would still have control over their people. History reveals this is not what happened.

The value professional language translation serves provide cannot be underestimated. Businesses that work in multilingual communities and cross-border trading need to find better ways of communicating to avoid errors that can be devastating.

If your company has direct contact with people who do not speak a sufficient level of English and misunderstandings could prove costly, contact Translation Services 24 and take advantage of our expertise.