Building up Translation Services: Why English rules the World

The supremacy of English in science, culture and politics is overwhelming. There are many reasons for this dominance – for instance the tolerance of the speakers. 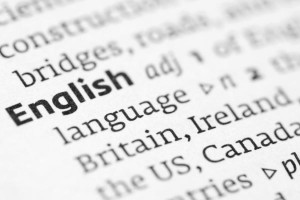 In the Musical “My Fair Lady” Professor Henry Higgings indignantly talks about the “cold blooded murder of the english language”. The culprits are the Scots, the Irish, the Welsh – and Eliza, the Cockney Flower girl from London, in which the Professor will fall in love with. Only the Americans can escape his judgement because “nobody speaks English there since years”.

What would Higgins say today? Even at BBC, once stronghold of “the Queen’s English”, you can hear that speakers’ idioms immediately reveal their origin – whether it is USA, Australia, South Africa, India, Kenia, Northern England, Irish, Scottish or Welsh.When managers and political celebrities from all over the world meet at the Swiss resort Davos, “people start to speak English like they want to!”, complains Higgins in the musical, which by the way was written by two American Jews for which reason some rhymes do not fit, if spelled correctly.

Just a few things which cannot be said in English

This is how a World language has to be. There are many reasons why English dominates the World: The legacy of the English World Imperium, the economical supremacy of the USA after the world wars which at the same time defeated the German competition; Mickey Mouse and Marilyn Monroe, Elvis Presley and 50 Cent.But the main reason might be the elasticity of the language and the tolerance of its users. English grammar is rudimentary, the linguistic equivalent of Rock n’ Roll, in return the Vocabulary is huge. There are just a few things you cannot say in English, and if so, one steals the word “kindergarden” from the german for instance.

But even Karl Marx knew in the “Communist Manifesto” in 1848: “National one-sidedness and narrow-mindedness becomes more and more impossible, and from the numerous national and local literatures, there arises a world literature.Perhaps no coincidence

Maybe the world would not have to be English language: In his utopian novel “The Comet” Hannes Stein imagines a world in which the Sarajevo assassination did not take place. Consequently, the First and Second World War, the Russian Revolution and the Holocaust did not happen. Austria-Hungary is the culturally dominant, the German Empire the leading economic and scientific power in the world. American scientists publish in German, of course. Stone’s utopia is stunning, precisely because it is not so unlikely to happen.

Yet one can venture to say that it is fortunate for the world that English has become the global lingua franca among the laguages. Even in its origin it showed that multi-cultural flexibility and open-mindedness which is the secret of success. Originally a Scandinavian-Southern German dialect, it was expanded after the conquest of England by the French-speaking Normans of the Romanesque vocabulary, so that now for almost all objects are at least two expressions.

In addition, by the time the German endings and other things got lost, so that – as every Translation Services Agencies and every translator knows – English texts can mean the same as German one which are a third longer. Moreover rhymes are easier without inflections, what is not less important for Shakespeare’s sonnets than for pop music.

Therefore, the triumph of English is perhaps not a coincidence. The Lebanese-born, English-speaking financial guru and philosopher Nassim Taleb,living in America, believes in the survival of institutions depended on a property that he calls “Antifragility”. Antifragil are things that do not break under stress, but fit on. English is antifragil. It is opportunistic. It is not, like the French, on rules and correct pronunciation. It can even withstand people with impossible accent. And that’s saying a lot.